S2E19 "Folsom Prison Blues"
Ghostly apparitions in a prison but where can you run too with bars on the windows so Sam and Dean get themselves arrested and sent on remand over the weekend (more or less) and pretty much do a Prison Break story before PB came along:) Not my favourite of the year but does have a shaggy haired Garwin Sanford. 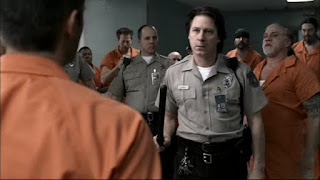 S2E20 "What Is and What Should Never Be"
Dean runs across a Djinn and he loses the fight and finds himself in a world where he has a good looking steady girlfriend, his mother is still alive plus Sam and Jess are still together. He wallows in this aspect of his life he has never been able to embrace until visions of a young woman appear and even here the spirit of the hunter reasserts itself but this time he his hunting for his own life. Nice episode for the depth within Dean but still pretty much a filler to soften us up for the end of the season. 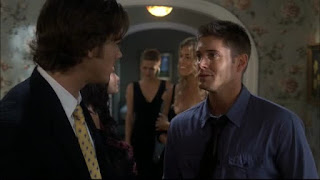 S2E21 "All Hell Breaks Loose 1"
Sam is whisked away to a wild west ghost town and meets up with others of his kids, children touched by the Demon some of which he does not some he doesn't. It soon becomes apparent that this is a deathmatch and only one of the trapped people will leave this arena. Dean finds the roadhouse burnt to the ground with no sign of survivors but thanks to the telepathic talents of one of the trapped Dean and Bobby discover where they are being held. 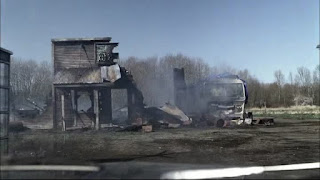 S2E22 "All Hell Breaks Loose 2"
Fresh from the terrible events in the ghost town Dean is driven to extremes and does a deal with a crossroads demon, a pretty piss poor deal but Dean argues he should be dead anyway so giving his life is balancing the books so to speak. The Demons plan is finally revealed and it's epic and now he has a willing hybrid everything is in motion but the gang are in place to stop the Demon and his minion. It does not end well. 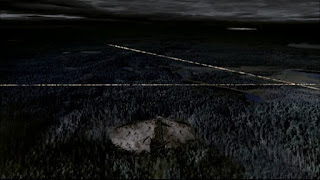 There are some excellent episodes in season 2 and you can not argue about the epic scale of the yellow eyed demons plans and the results. That said I still consider the overall season to be fairly weak at least in comparison to the first season and what I recall of the newer seasons. If nothing else it sets up season 3 beautifully.
Posted by Jarrak at 16:23

Season 2, Episode 17 ... By episode's end, Sam is healed and Dean leaves viewers with the cliffhanger of what John ... One of the series' most creative hours, this season 4 black-and-white episode sees Sam and Dean