Lost Girl Premieres on Syfy
Well that's good news as the highly successful Canadian series gets picked up in the UK and even
better it's already got a US screening on the way so combined with the second season production
we can expect only good things.
I don't think it's over optimistic to consider a third season already
thanks to improved overseas revenues and hopefully a DVD/Blu release soon after the first season
airs in the states. 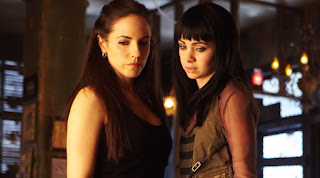