My Random Journey Through Trek #21

The Next Generation
S5 Silicon Avatar

The early preparations are being made for a new colony on Melona Four with Riker and Data helping out the first wave of federation people but then the Crystalline Entity appears and begins to feed on the planet, the people flee to some caverns but two are killed. The Enterprise arrives at the planet and digs the survivors out and are soon joined by Dr. Kila Marr an expert on this alien lifeform but shows severe animosity towards Data and it turns out she lost her son on Omicron Theta the planet where Data was created and were Lore helped to murder everyone. In time however he convinces Dr Marr of his sincerity in helping her towards finding a solution to the problem of this alien life form thanks in part to his memory containing the journals of her dead son.
The Enterprise tracks the entity but are unable to prevent the destruction of a ship but eventually they lure it towards them and try to communicate, there is some success as it responds but then Dr Marr adjusts the frequencies of the signals being sent and the sympathetic vibrations shatter the life form and the Doctor walks off the bridge has everyone turns towards her. 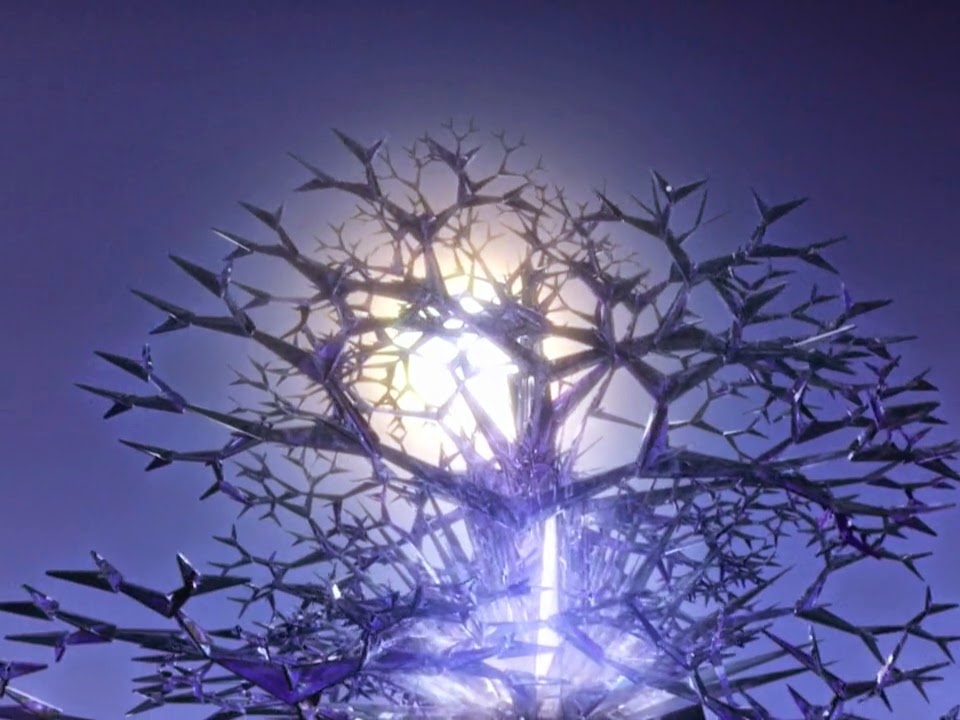 Silicon Avatar is the sequel to the season one episode Datalore, this lifeform continues to feed on organic life but Picard is looking for a way to communicate believing that an understanding can be reached. Dr. Kila Marr as you would expect has the very human reaction to Data seeing only his brothers betrayal and the fact there were survivors points to the entity sparing them as Data was there thus suspected collusion. Ellen Geer did a fantastic job in the role of Kila Marr first with the negative aspects of her character and then the flip as she accepted Data and took joy in the revelations of her sons journals. This change really makes the payoff of her revenge against the entity work well, you don't really expect her to take such a cold and clinical action and that elevates this episode higher than you might think it deserved at least on the surface. 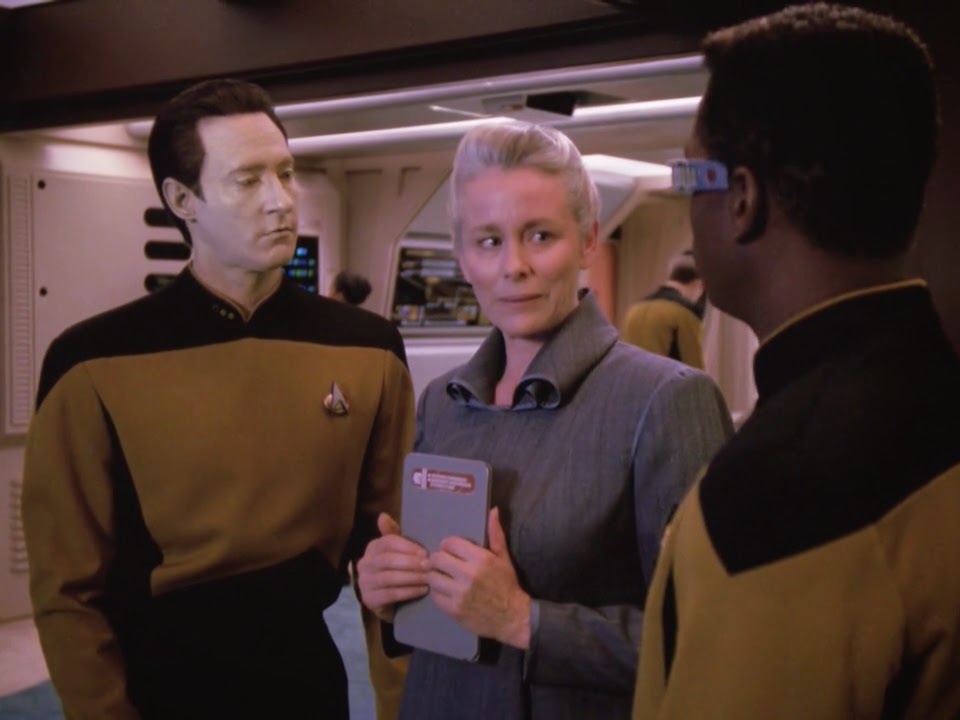 A few niggles, the Enterprise is over a day away from the planet yet her sensors can detect the energy disturbances on the planet and why exactly were first shift bridge personnel digging the survivors out, I know why from a tv point of view but it was a little silly. Amusing to see Riker in full on "pull" mode despite the discussion originally being about long term settlement, I wonder if this was Carmen's last fling but of course she had to die for dramatic effect, pity it really had no relevance for the big picture. I have to say despite initial reservations I enjoyed the episode, Ellen put in a performance to be proud of and we also got the clash of beliefs, treating a life form with respect and trying to understand before passing judgement and the need for revenge and a quick leap to action.
IMDB
Rating 8
Posted by Jarrak at 11:05

I actually thought the abrupt about face was a little too unexpected, once agian next generation shows itself to be incapable of seeing shades of grey. I know you are a big fan of trek but I miss more subtle shadings of morality, as displayed in DS9 to much better effect. I wonder was this the influence of roddenberry's hand on the series. With him gone, perhaps the writiers in DS9 were freer to explore more morally ambigious characters like Quark

DS9 was a more arc driven show whereas TNG was episodic so even though this is a sequel they still only really had 45 minutes to tell the Doctors story. I think it compares favourably to one off characters on DS9.