My Random Journey Through Trek #20

The Next Generation
S4 "Future Imperfect"

The Enterprise sensors pick up some activity on an empty world, with reports of Romulan activity in the area they investigate with Riker and an away team beaming down. The planet is not a friendly place and as the methane levels rise an attempt to beam the team out is made and Riker wakes up in the sickbay 16 years later!
It turns out that he had contracted a virus which could lay dormant for an indefinite period but had become active and he had been in a coma for a couple of weeks with the memory loss a not uncommon by product. Things have certainly changed, Riker is now the Captain with a son and deceased wife, Geordie has "real" eyes and Picard is now an Admiral dealing with a Romulan peace treaty. Riker initially accepts everything but things slowly start to feel wrong, ongoing technical issues with the ship, some people acting not quite right and then his wife, yes he knew her but only as a hologram not a real woman. It's revealed that the Romulans have staged this elaborate charade when they captured Riker on the planet and they are attempting to get the location of a major facility used for defence of the neutral zone but even then things still don't make sense as his "son" is a constant and then it all becomes clear. 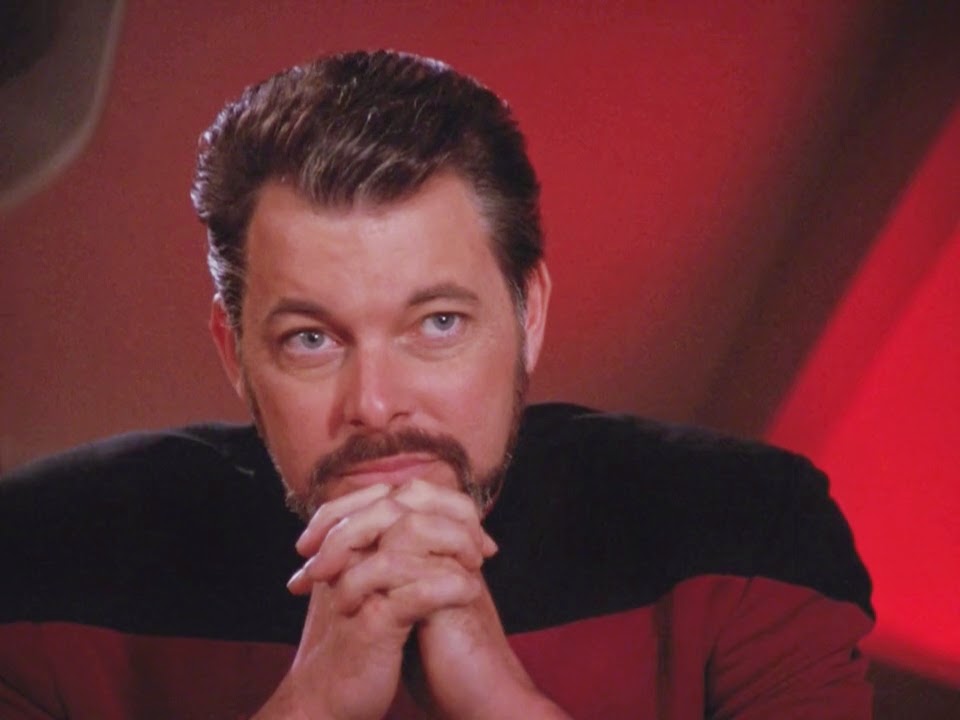 Future Imperfect is a very solid episode of TNG with some nice effects and a lot of opportunity for Frakes to really act and he does deliver. The story for me is pure Trek, it has multiple layers with drama and mystery but strip away all of that it's all heart and that can be a defining element of what Trek should always be about. It was great to see the late Andreas Katsulas return in his role as Tomalak and Geordie with his new "cloned" eyes worked well and to be honest the visor was always a joke and a weak plot element given the technology of the 24th century. I'm not sure the frumpy/curlers look for Crushers hairdo worked and the fallback of grey streaks should have looked stupid but didn't except for Deanna of course. Picard was rocking the Admiral look and well the alien, not a brilliant design but for a one off I guess it served it's purpose. 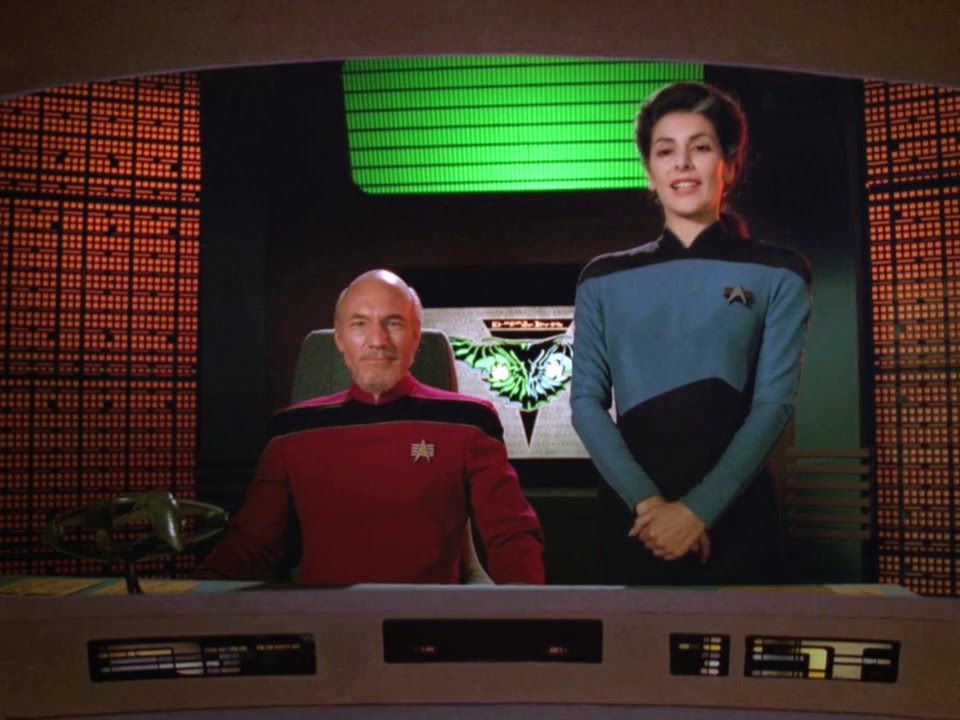 One of the better Next Gen episodes, enjoyed it a lot.