I've just watched the first two episodes of the first season of the new US series Almost Human which premiered on FOX on November 17th 2013. I have to admit I was rather impressed with the look of the show, they didn't try to over futurise the look of the city or the technology which of course helps to keep the budget within a reasonable range. Karl Urban now a well established movie actor is the lead but already his character John has some excellent chemistry with Dorian played by Michael Ealy who I last saw in the series Common Law.

The show was created by J.H. Wyman who was one of the minds behind the series Fringe which I'm just in the processing of wrapping up a series rewatch and certainly as a plus point the hints of Asimov in the show particularly the R Daneel stories if of course you know of that character.
The show as I said does look good, it's well produced without trying to be too big and brash and plenty of pretty things to look at even with the sex-bot story line of the second episode which was handled well, this show has already shown itself has having some emotional depth. Strangely enough with so many US shows getting picked up so quickly by UK broadcasters Almost Human as yet to find a home on this side of the pond, seems a little strange but then again this isn't aimed at the teen market or the premium adult audience so it kinda sitting on the fence.
Official Site
IMDB 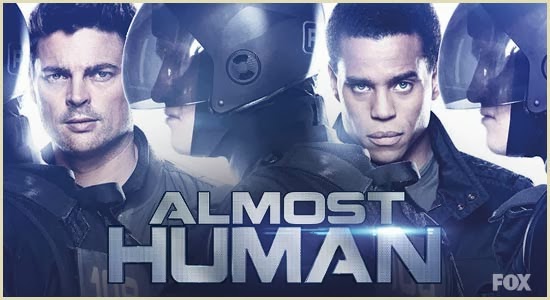