North Star
Enterprise and the wild western.
I skipped it. 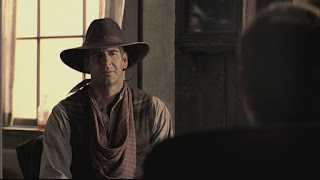 Similitude
An accident leaves Tripp close to death but Phlox grows a clone with the intent
to harvest the required material but the Clone ( Sim ) is as real as Tripp ever was
and truth be told actually a bit better. A very deep episode with dark overtones
which asks a lot of questions, wasn't sure I was going to enjoy re-watching it but it
still holds up. 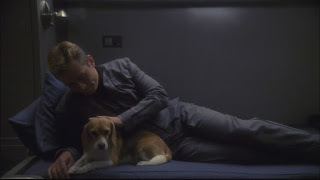 Carpenter Street
Daniels informs Archer than the Xindi are back in Earth's past working on a
bio weapon which was supposedly abandoned by their council.
Archer and T'Pol go back in time and track down the Xindi and prevent the
release of the weapon, maybe the Vulcan high command are wrong about
time travel. A pretty good time travel episode although at first it looks more like
the 70's but hookers have never really been known for top shelf styling and plenty of
older cars still on the road. Amusing that Archer wouldn't hit the guy when still bound,
he'll get over that:) 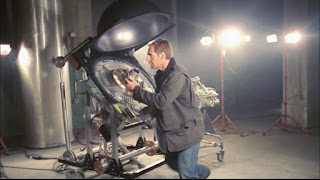 Chosen Realm
A religious faction take over the Enterprise intent on using it's weapons
to fight a war on their homeworld and are prepared to kill themselves and anyone
else to achieve their "righteous" goal. I always have trouble with this type of story,
that sort of blind dogma is so hard to understand as is the lengths the characters
are willing to go to and justify. A more evolved story when compared to the TOS
episode Let That Be Your Last Battlefield. 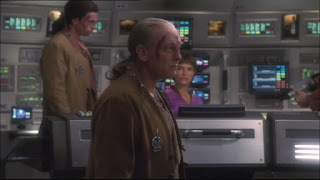