The Mark Of Gideon
Captain Kirk is beamed on board of copy of the Enterprise instead of to the council chamber of Gideon, he believes the crew have been taken and then he meets Odona ( Sharon Acker ) who claims to have no knowledge of the ship or why she is there. Another TOS episode that has some good ideas but some obvious flaws but fun to see Spock get out manoeuvred by Hodin. 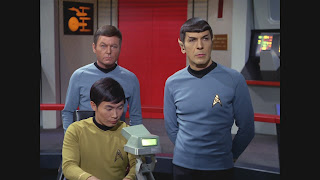 That Which Survives
A dead world is under investigation and then the transporter operator is killed and the ship flung a thousand light years away, the landing party is left on the planet and dealing with a strange woman who claims "she is for them only" while the same woman is attacking the crew of the ship. Lee Meriwether who played Losira also played Catwoman and starred on The Time Tunnel. 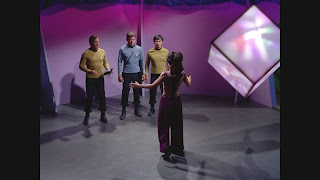 The Lights of Zetar
The Enterprise is attacked by a space borne energy lifeform which effects the nervous systems of the crew, the storm continues and strikes Memory Alpha and on arrival they find the complex devastated. Mira Romaine ( Jan Shutan ) is taken over by the alien entity and the only way to save her may be to kill her but Scotty a love interest thing humming away will do anything to save her. The characters in this episode are continued in the novel Memory Prime. 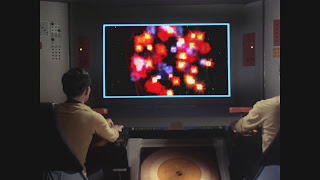 Requiem For Methuselah
Looking to collect the ingredients to manufacture the cure for Rigellian fever the ship visits a world owned by a private individual who at first is not happy to see them. There is a mystery surrounding him as he has art and music which appears legitimate but centuries out of place and he also has a very high tech robot butler and of course the beautiful "ward" who is pushes towards Kirk. Tragic events follow.
Great casting for both Flint ( James Daly ) and Rayna ( Louise Sorel ). 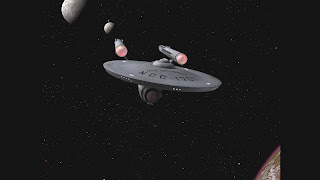 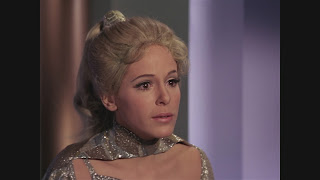 The Way To Eden
Bloody awful episode, lasted 5 minutes before I decided I would not punish myself further and for the unaware Space Hippies, stupid space hippies.

Extras
Previews
Posted by Jarrak at 09:29