A Peek at TNG Season 1

When Star Trek returned to the small screen with TNG I was delighted, we only had the one television at the time and no VCR so I had to negotiate to get access to the BBC2 premiere of "Encounter at Farpoint". I honestly can't recall much of my thoughts and opinions at the time I think I was just happy to have some new Trek and there were aliens as well, lots to learn about between the Kirk and Picard eras.

I eventually watched all seven seasons as they were broadcast initially on the BBC and then on SKY and as with most series there were some episodes better than others but it's never been a show I wanted to rewatch  or own on DVD. When the remastered Blu-rays were announced I was interested in the technical aspects but again not fussed about buying the boxset (I own TOS and Enterprise) but just for my own curiosity I decided to go through the episode list and see which I would want to watch again.
I have to admit I've even shocked myself with the results.

TNG Season 1
There are 26 episodes in the first season and here are the episodes I would rewatch...


Well that was a short list and truth be told I wouldn't go out my way to watch/record those if they were broadcast on TV even in their HD finery. A quick glimpse at the second season shows a vast improvement so there is hope if the price is right:) 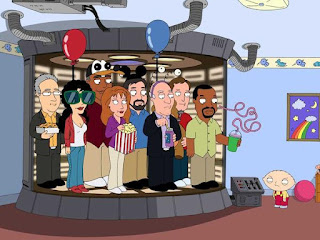