We're So Screwed: La Bomba
With the negotiations going nowhere and cross and double cross the order of the
day the Scarrans disarm the bomb, disable D'Argos ship and force the Peacekeepers
into what would amount to suicide.
The only course of action left is a hail mary which could go spectacularly wrong. 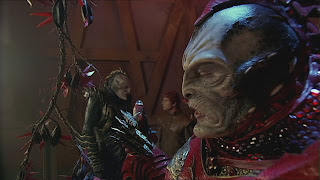 Bad Timing
With the "victory" at Katrazi John learns that the Scarrans are on their way to Earth
after he let slip the existence of the highly prized flowers on his home world.
The only solution is to collapse the wormhole and that can only be done with Pilot
risking his life and that of Moya. An excellent season finale but a terrible series finale
given the cliffhanger and the "to be continued". 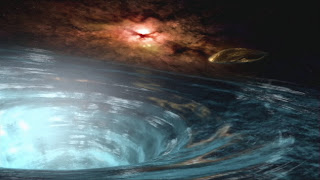 Extras
Bad Timing commentary with Ben, Claudia and David
Deleted Scenes
Memories of Moya
Listening In with Guy Gross
The Story So Far
On The Last Day
Inside Farscape:

Just ordered The Peace Keeperwars on Blu-ray so that's up next.