Revenging Angel
Whilst toying with his new toy D'Argo has a fit of hyper-rage and injures John to
such an extent he is left in a coma but within his mind Johns subconscious plays a
few games. Lots of fun despite the underlying cause of events. 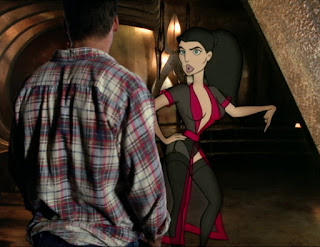 The Choice
In the aftermath of losing her John we find Aeryn alone on an alien world seeking
something within herself and dabbling with her memories and thoughts of her parents.

Fractures
Moya takes on board a damaged transport pod and offers sanctuary for it's cargo
of Peacekeeper prisoners alas there is a traitor amongst them. The Creature shop once
again went above and beyond in creating variants of races we had already seen. 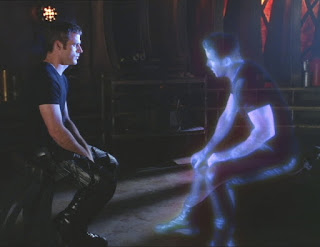 I-Yensch, You-Yensch
On an alien world in a downbeat diner Scorpius deals with D'Argo and Rygel who
negotiate terms to bring John onto the Wormhole project. Quite a fun episode. 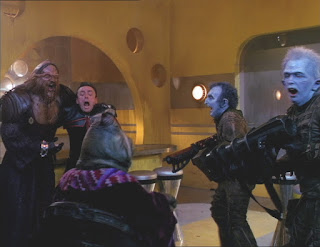 Into the Lion's Den (1): Lambs to the Slaughter
With assurances in place John boards the Command Carrier and begins working
with Scorpius but a wild card appears in the shape of Commandant Grayza.
The first episode of a two parter which is really the season finale in terms of out
and out story telling, the quiet before the storm. 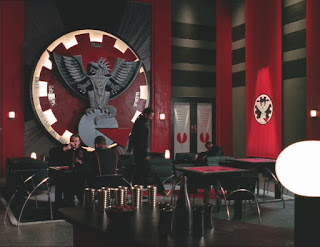