S5E13 "The Song Remains the Same"
Anna returns and before you know it we are back in the past fighting Angels with John and Mary.
It's another time travel episode but like before it works very well and we see a whole new side to Anna. 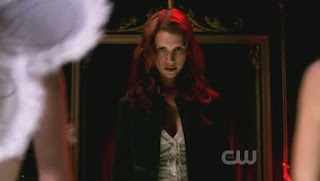 S5E14 "My Bloody Valentine"
What could be less threatening than Cupid?
Well when his love spells are supercharged by the presence of FAMINE then the need to consume
becomes over whelming, even Cas goes nuts over burgers.

S5E15 "Dead Men Don't Wear Plaid"
The dead are rising and that includes Bobby's wife so he is less inclined to help the brothers
go on a Zombie hunt but as this is down to the rising of DEATH himself it'll never end well.

S5E16 "Dark Side of the Moon"
The boys are killed by hunters and turn up in Heaven where they meet a few friends including Pam
& Ash they then conspire to stick it to the Angels. Quite an imaginative episode. 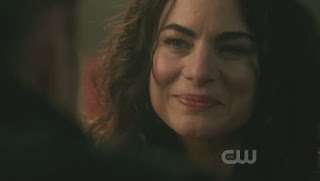 S5E17 "99 Problems"
The daughter of a minister has a conduit to the Angels who tell her that her town has been chosen
to be saved and armed with knowledge provided they kick demon ass however all is not as it seems
and when the demons are gone they turn on eachother thus condemning their souls to hell.
Michael Shanks guest stars:) 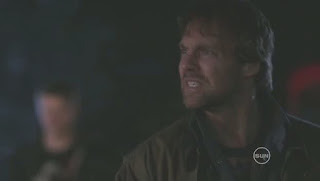 S5E18 "Point of No Return"
Supernaturals 100th episode and with Dean still not committing the Angels go to another of the blood
line in this case the long deceased Adam who they pull out of heaven. Faced with conflicting issues
the good deed done by the brothers ends badly but hey at least one dick get shanked.