S5E7 "The Curious Case Of Dean Winchester"
Gambling with your life was never so literal when they cross paths with a witch who can take and give life and uses poker to determine who gets what. A nice episode especially with old Dean (Chad Everett). 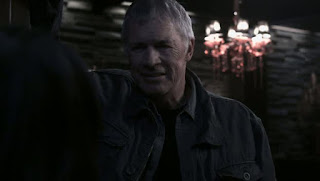 S5E8 "Changing Channels"
A pretty much out and out fun episode as the boys track down the trickster who puts them into a number of spoof TV shows until such a time they finally reveal his own secret. NUT CRACKER 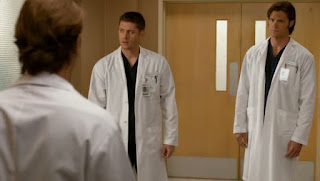 S5E9 "The Real Ghostbusters"
A Supernatural convention has Dean and Sam LARPing it along with the rest of the attendees as the imaginary ghost hunt turns real. A funny episode despite again some very dark overtones. 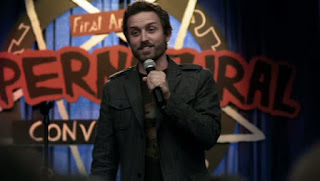 S5E10 "Abandon All Hope"
The boys along with Cas, Ellen and Jo search out Lucifer in Carthage but on overall there are no people just reapers and then Meg appears. An excellent moving episode as we say goodbye to a number of characters who die very well and Lucifer is one more step closer to his goal. Mark Sheppard makes his first appearence in the show as Crowley. 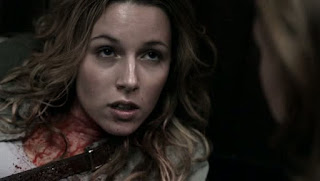 S5E11 "Sam, Interrupted"
I don't like this episode as the boys go undercover in a mental facility.

S5E12 "Swap Meat"
Not the best episode but it has a strong ending and Sara Drew who plays Nora steals the show. 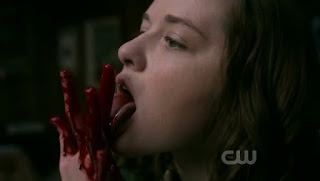 Extras
The Real Ghostbusters
Posted by Jarrak at 20:13