The Tobolowsky Files is a podcast by the actor Stephen Tobolowsky who quite simply tells stories of his life both in and out of the tv and movie world. You may not know the name but I am sure you will recognise the face and believe me he can spin a yarn and a true one at that as well as anyone I've known or heard. 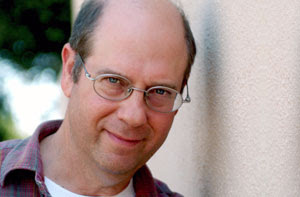 He also has a DVD released a few years ago which follows him before, during and after his birthday as he recounts some of his adventures to friends and family, Stephen Tobolowsky's Birthday Party which I bought quite cheaply from Amazon is great television up to and including the cat that tries to steal the barbacue sausages when his back is turned:)
Posted by Jarrak at 19:33