My Random Journey Through Trek #22

All Good Things is the series finale a feature length/two parter episode which bookends the seven seasons magnificently and considering that Q was put into the premiere to pad the episode into a two parter it's quite an achievement that it all worked out in the end. 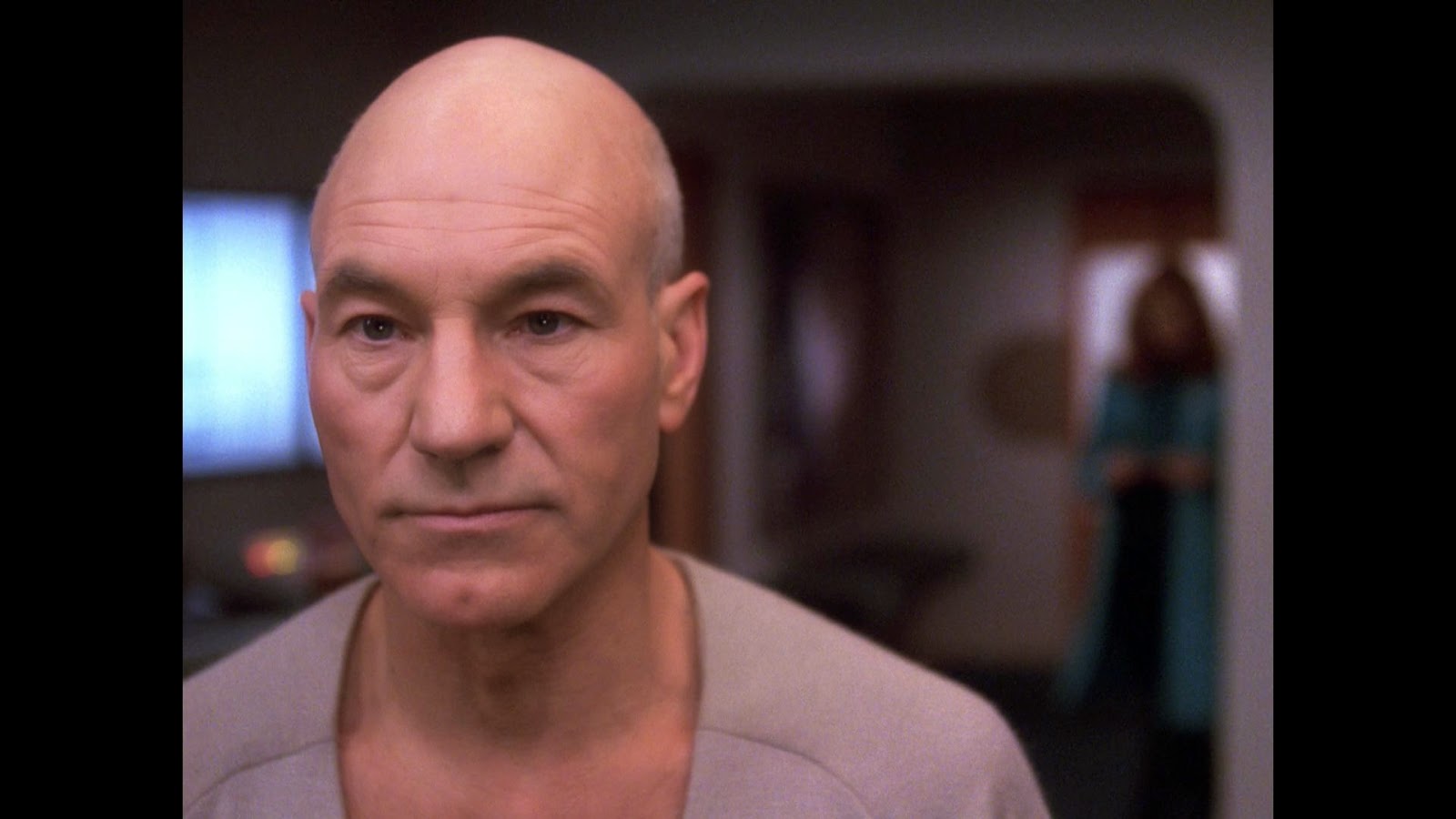 Picard wakes from a restless sleep not quite sure when yes when he is, he starts to believe he is existing in three separate time frames and he has some trouble convincing anyone that his experiences are really. The problem is that Picard in the future is suffering from Irumodic Syndrome which can colour his perceptions and that affliction is only discovered in the current time frame and in the earlier one he has just taken command of the Enterprise and has no real ties to the crew to generate the trust he requires. That said when an spatial anomaly appears in two of the time frames he has to investigate and eventually it is discovered in the same space in the three time frames and with Q once again looking to carry out the sentence of extinguishing the human race from ever existing it's up to Picard to see beyond his normal reality and embrace what the Universe can truly provide. 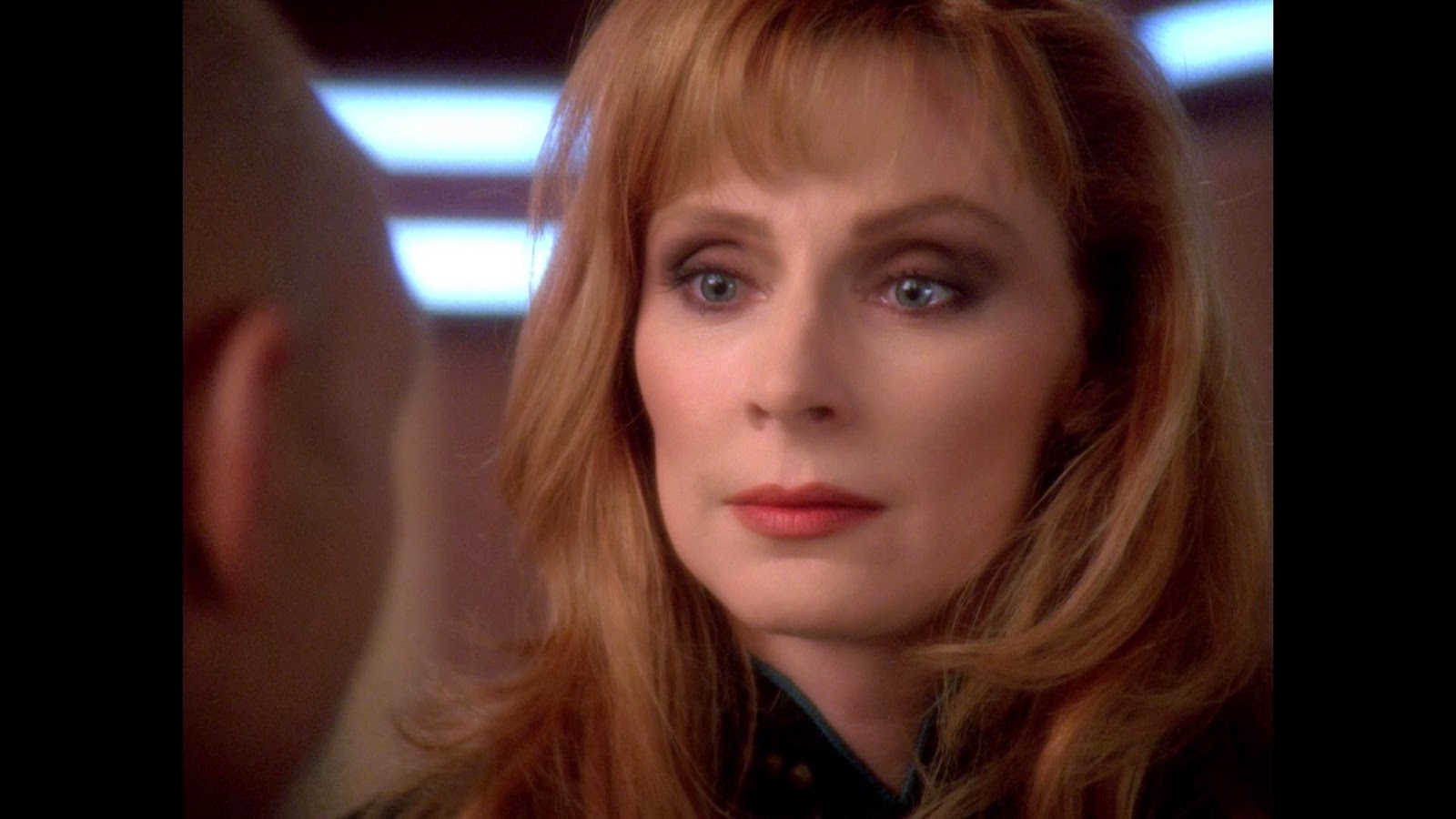 I watched All good Things from via the recently released Blu-ray which not only provides a truly excellent picture but an additional audio commentary so a good stand alone release for those who like me will not be buying the S7 boxset or the series boxset. The image really is very good, some great skin tones and of course the CGI looks pristine, over all a credit to the people who worked on the restoration. Of course this isn't really a Random Trek episode since I didn't bother with the random number generator but I think we can all agree this episode was more than worth overlooking the rules of this Star Trek rewatch:)
May I say Gates McFadden also looked spectacular in the episode and was perhaps the best made up for her characters older self, subtle and far more convincing that some of the guys, Patrick Stewart of course can look almost any age you want:)
A truly fitting finale to The Next Generation, wonderfully produced, expertly and tightly written making full use of the cast as well as mixing elements from the entire run of the series. I'm hesitant to say it's the best finale since the DS9 climax was really an epic multi-episode arc but lets go with All Good Things being the best standalone finale from Star Trek. 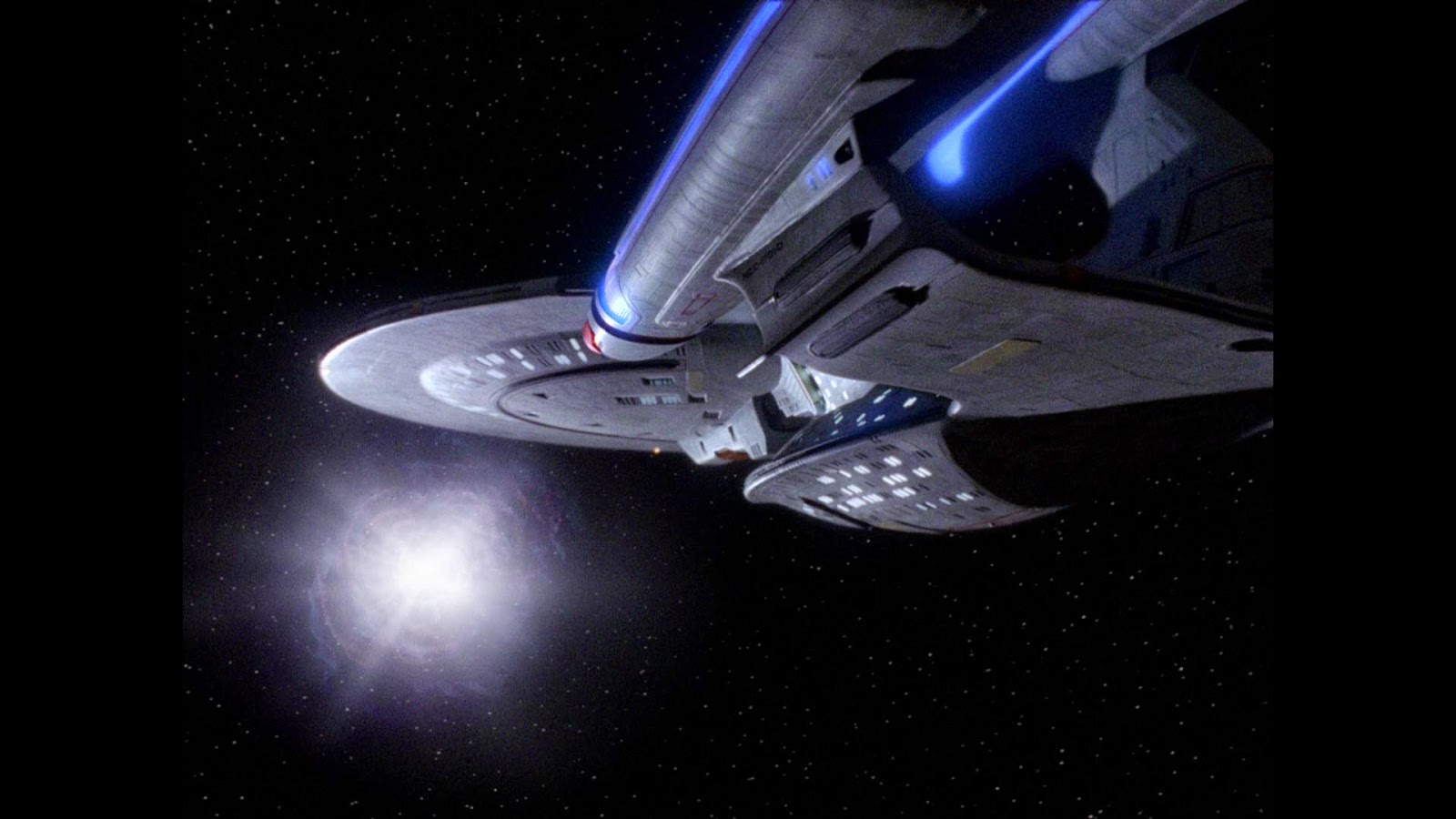