A Blast For Buck

A mysterious object is beamed into Dr Huer's office followed by a cryptic riddle which seems to relate to Buck and has ominous implications and then the other 45 minutes is a clip show.
Yes a clip show in the first season, never really a good thing but I suppose it would have been a budget or time issue and to be honest I fast forwarded through most of it and the bits I watched were nothing special. That said I think Twiki was in fine form "Killed by a Yo-Yo what a way to go" and the has it really been 11 months since the Happy Birthday, Buck episode or did they just get aired in the wrong order:)

Well it's never dull when Ardala make an appearance on the show and no question Pamela Hensley not only looks fantastic but vamps the role up wonderfully. Anyhow in this episode a new Hatchet fighter is being tested and the Draconian pilots are unable to control it and Ardala suggests getting Buck Rogers to test fly the fighter, not as mad as suggestion as it sounds. Meanwhile Buck has been given a Ping Pool table yes you read that right and well it doesn't quite fit the bill for either game but the fun is interrupted when a vessel is detected in the solar system and a remote probe indicates it has a human on board and it was launched in the 20th century. Buck and Twiki investigate but it's a trap and he is taken to the Draconian flagship where once again Ardala fawns all over him but the reveals their cyborg/cloning technology and the plans to create duplicates of Buck who can then fly the new Hatchets and attack the cities of Earth.
Of course just like the Star Trek episode "What Are Little Girls Made Of?" the duplicates are not quite right and the initial attack on New Chicago targeting Huer, Wilma and Dr. Theopolis fails but it's upto Buck himself to thwart the attack on New Phoenix by the evil robots. 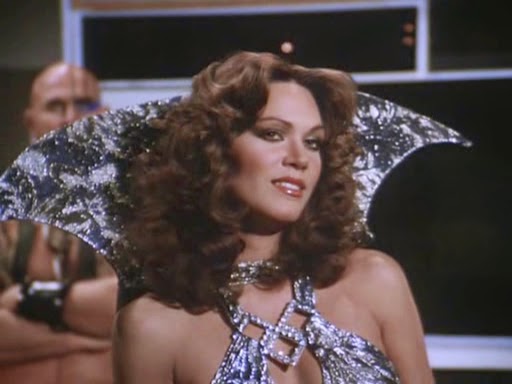 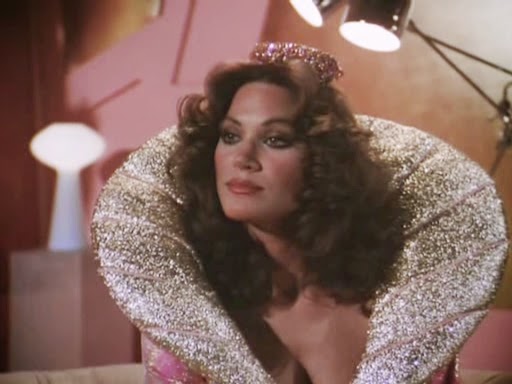 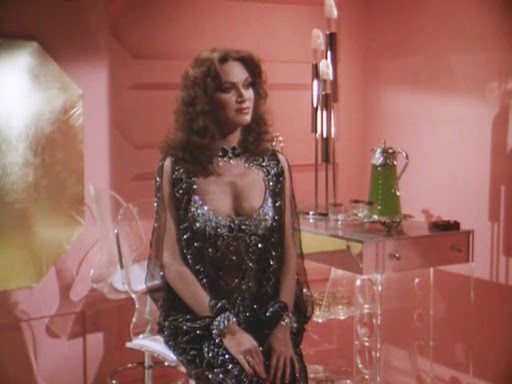 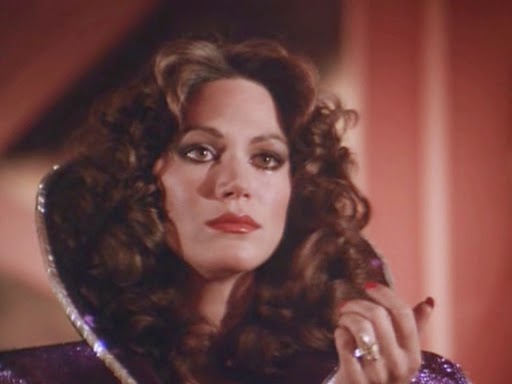 Not surprisingly there wasn't a lot of difference between the old and new Hatchet fighters, budgets for models would have been tight but no question it seemed the Draconians has upped their game when faced with Starfighters flown by more competent pilots. For an empire I find it strange that the loss of seven test pilots would be an issue, perhaps it shows a softer side to Ardala which is an undertone to this episode but the idea to make use of Buck makes a lot of sense, he did make the difference during the first attack on Earth. Love the Ping Pool table, the scene was well written and played for laughs and even the new model/effects for the "earth ship" was well done, laughed out loud when the dummies head fell off:) It was awfully convenient that the first of the duplicates was wearing the same outfit as Buck, saved time and money and more importantly probably make filming the scenes so much faster and Twiki once again hitting the right notes with "Once a dummy always a dummy".
It's interesting how they have played Ardala being so obsessed with Buck, granted he is probably totally different from all the men she has had contact with before and has proven himself both intelligent, capable, honourable and worthy of a Draconian princess but surely there must come a time when enough is enough. On the upside so many possibilities for her with so many variants of Buck running around the ship, at the very least a few happy hours spent in her chambers just having the time of her life but even this isn't good enough. Ardala herself realises how pathetic she has become by her desires for Buck and as the tears falls you've got to feel something for her.
Ok not quite sure when armed with a small nuclear device the Buck sent to New Chicago didn't get the job done as soon as his targets where in the city or why it took so long for anyone to notice how weird he was acting. On the flipside real Buck acting like one of the duplicates worked well and in the grand tradition no copy can rival the talents of courage of the real thing as the Draconian attack is once again foiled but it seems every other episode has the Earth protected by different means and sometimes not at all.

This wasn't a bad episode at all, yes serious eye candy as Ardala goes through many a costume and some serious undertones of what is going on behind closed doors but it is let down a little by how poor the duplicates where in the field, mind you Kane did say the first was a prototype because Ardala rarely shows patience when her wishes are not fulfilled immediately.