Arena
On arrival at Cestus 3 the Enterprise finds the colony destroyed and they pursue
an alien starship as it flees the system. Running at high warp speeds the alien ship finally
slows as it approaches a solar system and then the Enterprise loses power.
A third alien species isn't happy that their system has been disturbed by violent creatures
and they set the stage for the two parties to "negotiate".
Another TOS classic as Kirk goes hand to hand with a Gorn and while physically
outmatched relies on his knowledge to gain an advantage. 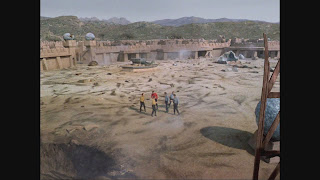 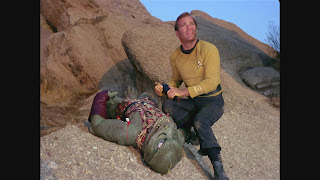 Tomorrow Is Yesterday
A time warp created by the acceleration due to a star throws the Enterprise back in time to
Earth of the cold war era and a US pilot is taken on board after his plane is destroyed by the ship.
Always been a fan of time travel and it's a nice little story as we learn the Air Force
Captain's yet unborn child will make a mark on human history. 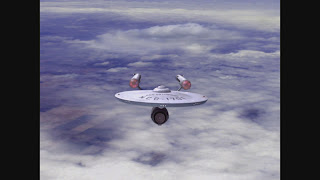 Court Martial
During an Ion storm the research pod is jettisoned killing it's assigned occupant, records
indicate Kirk ejected the pod before going to red alert and is court martialled for the death
of the officer and submitting false reports.
Samuel T. Cogley is an excellent character in the episode played by Elisha Cook. 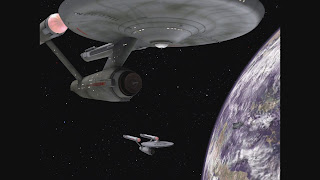 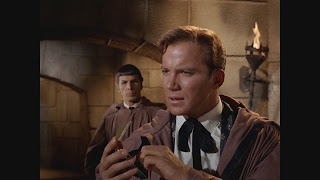