My Random Journey Through Trek #14

The Enterprise is traversing the expanse and is affected by some spatial anomalies which wrench the structure of the ship and the very laws that govern the technology of the ships systems, soon they come across a derelict ship showing signs of battle damage and they investigate. An alien craft appears and closes quickly with weapons armed, the ships engage in battle and in the midst of the chaos aliens beam over to Enterprise and begin to strip the ship of supplies, weapons and components from the engines. The Oosarian pirates flee into warp leaving Enterprise limping along using the sub-light drive but fortunately they are able to track the ion signature of the "pirate" ship and finally come across a break in the trail which indicates a hidden location. The ship enters this area of space and a huge sphere is discovered, they enter via the existing portal and realise this sphere is generating huge amounts of energy and could be responsible for the anomalies in this area of the expanse and more importantly they find a cache of supplies including almost all of those taken from the ship. The captured pirate confirms that his ship had destroyed a Xindi vessel a few weeks earlier and after Archer threatens him with death and maybe a little torture he agrees to help and when the Oosarian ship returns they are able to access their database and steal the information relating to the Xindi and after the battle Archer releases the pirate. They now have far more information on the Xinda and also know how to protect themselves from the anomalies, the spheres still remain a mystery though. 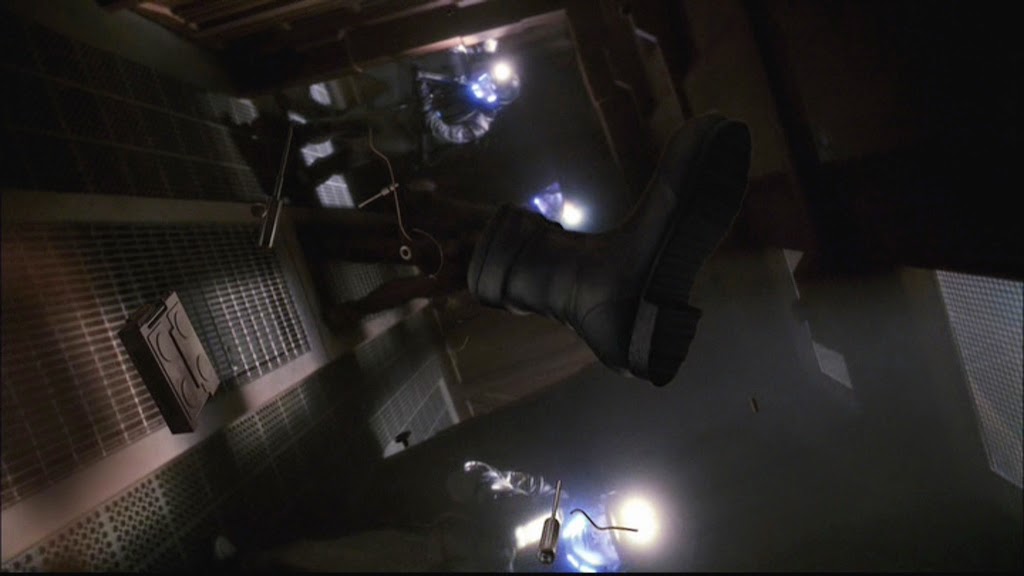 Anomaly was a pretty strong episode which helped to give the third season a good kick off however I was never really happy with how Archer acted in regards to the captured pirate. Yes time is of the essence and the Oosarian have probably proved themselves to be outside of the realm of where negotiation could have worked. However rushing to the prisoner and pretty much showing all your cards straight away rarely works, he may have got more information easier if he had played the prisoner rather than act like a deranged and desperate individual. I really liked the scene with the Maco's preparing to investigate the alien derelict, unlike the awful gel scenes we had men and women changing and gearing up with no unease or interesting in the fact there was flesh on display, they acted professionally and realistically unlike say Kirk eyeballing Marcus in the recent Trek movie. 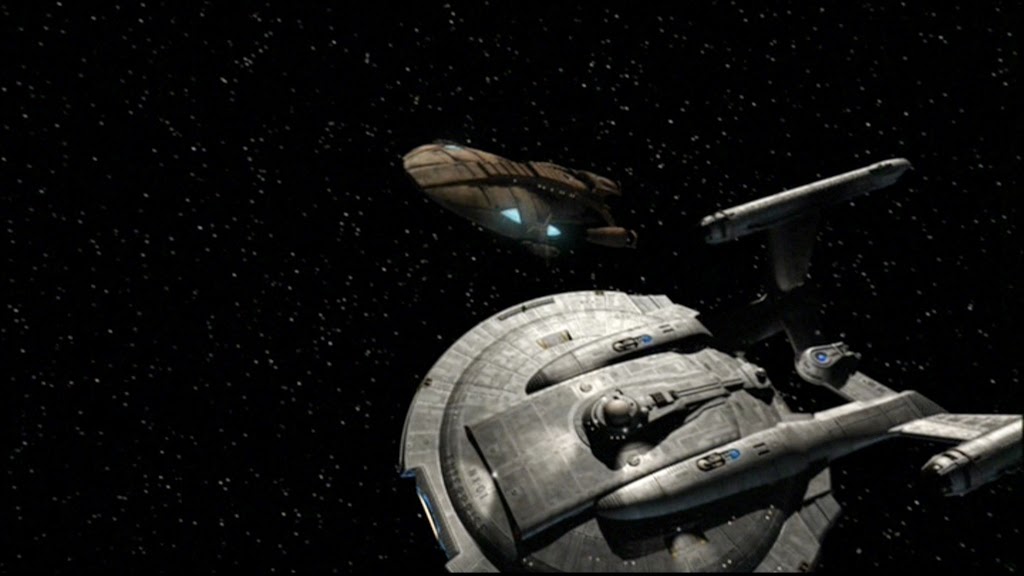 So the spheres are revealed, well they are a big mystery awaiting the crew of the Enterprise and lets not forget the revelation that the Enterprise is badly equipped for operating in the Expanse but a solution has been found, as we know that will cause problems as well. Overall a good episode, easy to watch again and still holds up but why wasn't Julia Rose (Corporal McKenzie) used again, semi recurring Maco's and crew in general really adds to the realism of this sort of show.