I bought the recently released Blu-ray steelbook of this movie and I have to say I've never seen the film look so good and the disk includes a nice bunch of extras including a commentary, an hour long feature and some interviews. IMDB 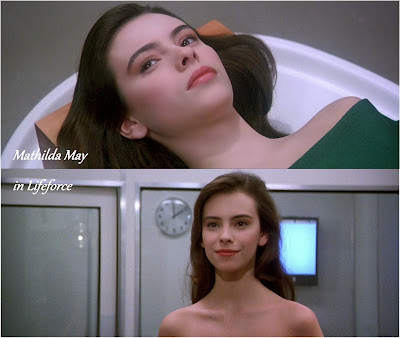 Mathilda looked stunning, she had the eyes of an angel and even though most of her time was spent as little more than ornamentation when she was called on to act she performed well making allowances for the script and the fact that Lifeforce is a glorified creature feature:)
That said Tobe Hooper did a great job of bring to screen some very British scifi horror and the Blu-ray looks very good indeed, some of the model/prosthetic work is pretty good and same for some of the animated graphics.