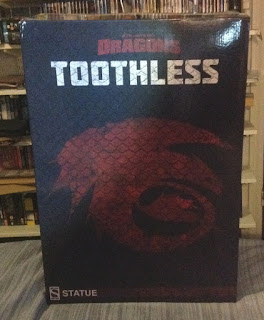 Last year Sideshow Collectibles the purveyor of all things beyond my price range announced a figure of Toothless the dragon as depicted on the two theatrical features based on How To Train Your Dragon. Now I love the first movie, the second not so much and the tv series I can just take or leave but this figure immediately demanded attention. I placed a deposit and even though a UK based supplier had offered them in the meantime I stayed with the US import which worked out ok, import duties were not so bad (DHL not the PO). 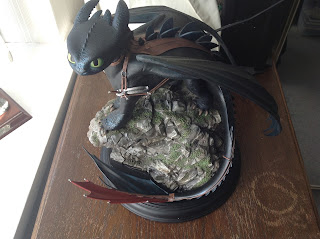 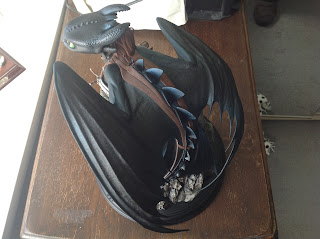 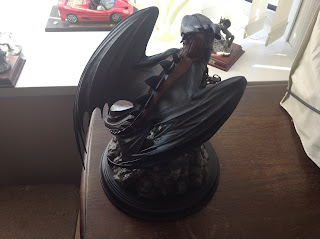