My Random Journey Through Trek #28

Trip and Hoshi are investigating some ruins on an alien world that is devoid of all life, as a diamagnetic storm approaches the risk to the two crew members and the shuttle provokes Archer to make use of the transporter. Trip is beamed up first and then Hoshi and all seems well but Hoshi doesn't quite feel right with herself and soon begins to feel as if she is being ignored and then suddenly two other crewmen are taken by the planets inhabitants and she is unable to communicate them or even enable the universal translator, she is relieved from duty. She learns later that she has been replaced on the bridge and then her very body begins to fade in front of her eyes and then it's as if she isn't there at all. Phlox believes she has pretty much dissolved but being invisible and incorporeal she learns that aliens have boarded the ship and intended to detonate an explosive and during the struggle she steps onto a transporter pad and is energised... 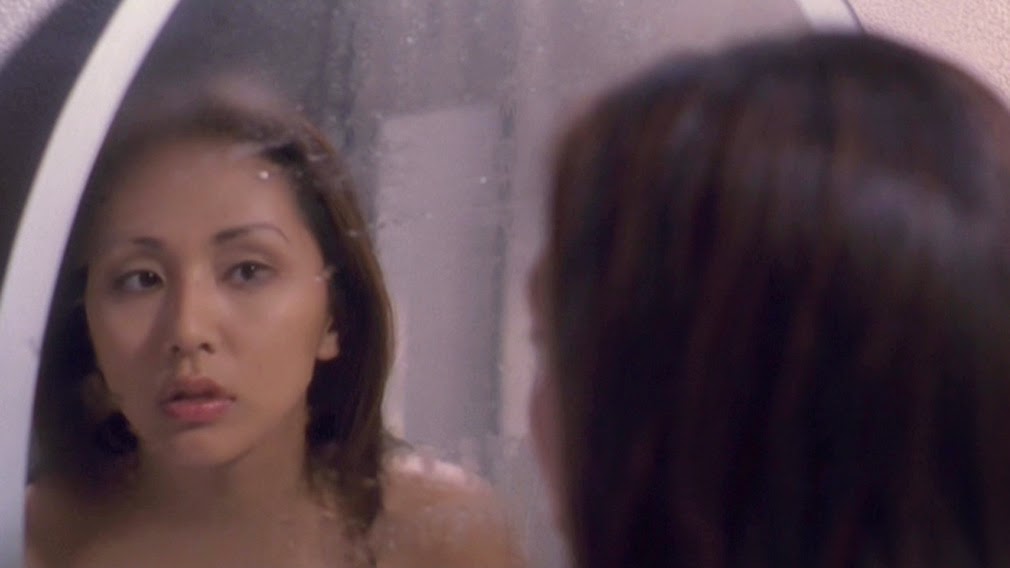 Well what can you say about an episode of Enterprise that is Hoshi centric, too little too late perhaps since the character certainly had a lot of potential when introduced in the premiere episode and it has to be said that the age old transporter issue has been done to death on the franchise. I'll admit the twists and turns of the episode were not that bad and I think I liked the idea that like in dreams so much happened in the space of a heartbeat and no question that if such technology ever comes into existence the medical community will probably have to write a whole new book on the physical and psychological issues that come along with it.
I didn't quite understand why Enterprise was spending time examining long abandoned ruins, scans from orbit would have located anything of significant interest and only two people, nah sorry it served the plot but didn't make sense. The scene with her father was weird to say the least, of course once we learn this is all in her mind then perhaps yes her issues with a father who may not truly understand or appreciate her and maybe a mother than isn't around a lot could explain the rather head banging against the wall conversation Archer was having.

Overall an average episode from the second season of Enterprise, good to see Hoshi front and center but it wasn't really strong enough to really give Linda something to get her teeth into.