My Random Journey Through Trek #27

Ambassador Nancy Hedford (Elinor Donahue) is being transported to the Enterprise for some critical emergency medical treatment but the shuttle is intercepted by some sort of energy field and dragged off course and is left on a small life bearing planetoid. On this world they find a lone human who greets the crew with joy and offers the crew and the Ambassador his hospitality, he claims he crashed on this world many years ago and built his home with the wreckage of his ship and was able to cultivate some food. He is eventually identified as Zefram Cochrane (Glenn Corbett) the inventor of the human warp engine who was reported to have been lost in space over a century ago. During this time the energy "being" makes an appearance and it seems it and Zefram are in a symbiotic relationship but to the crew it seems more of a loving and caring partnership. The Universal translator is retooled and used to communicate with the energy being and it is interrupted to be female and it turns out it was alone and found Zefram in space, sustained his life and together lived in peace and tranquility but Zefram is horrified at the alien being having so much interaction with him.
As Nancy continues to succumb to her disease Kirk tries to explain how he sees the relationship between Zefram and the "Companion" to both parties and how sacrifice is one of the most fundamental aspects of being in love with someone. The Companion infuses Nancy with it's life force to save her life and in that moment Zefram understands that he has nothing to fear and eventually "her" sacrifice and her inability to leave the planetoid opens his eyes to the possibility of living out his life with someone he can love and will love him in return. 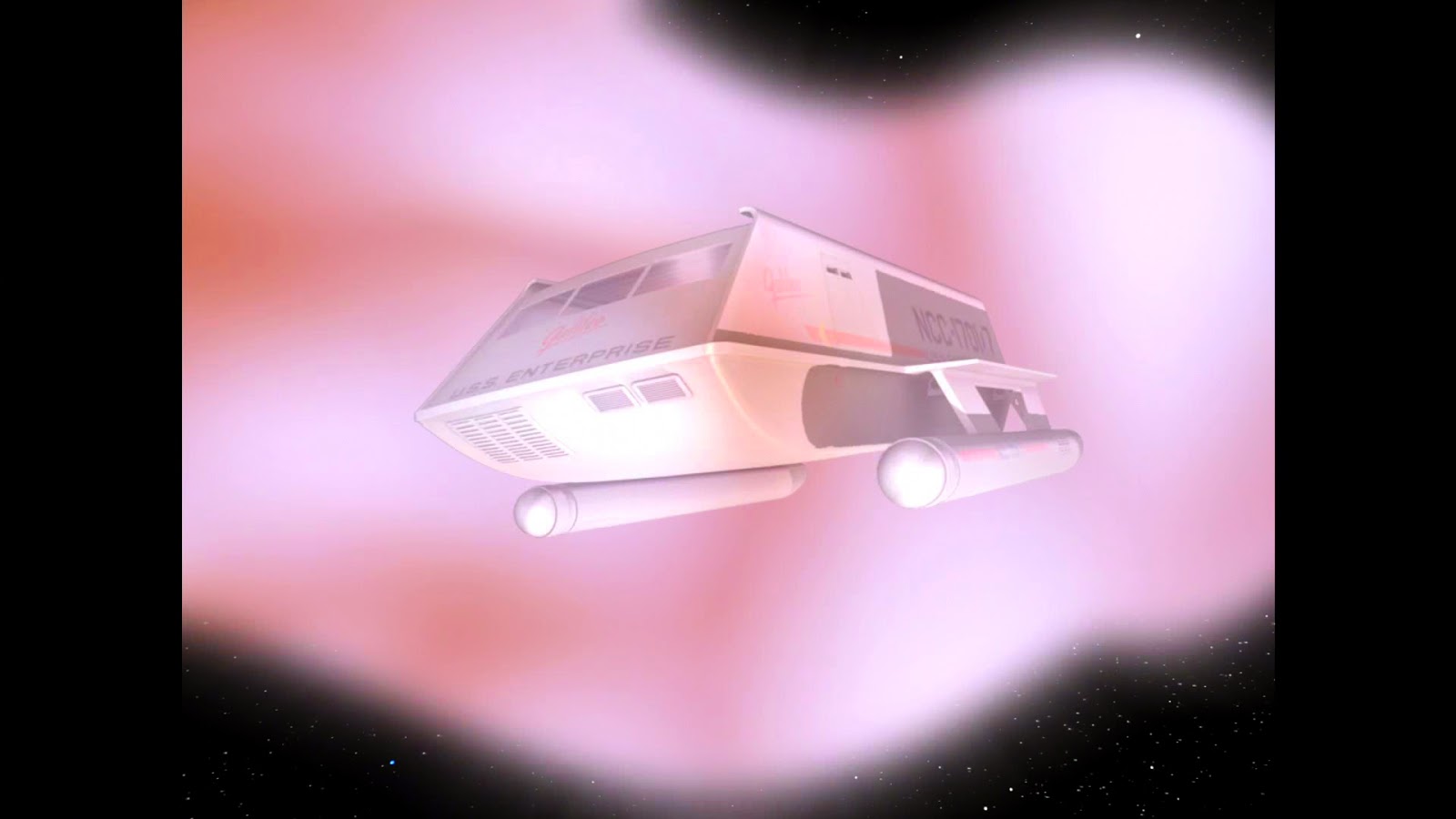 Metamorphosis kicks off with a nice looking new CGI shuttle effect before cutting to the interior where we get strangely enough the Ambassador serving the coffee, you would never have got a male ambassador handing out coffee that's for sure. It was also interesting to note how often the term "The Starfleet" was used as opposed to simply Starfleet, interchangeable I guess but the use of "The" feels more at home on Star Wars. I had to laugh when Cochrane should surprise that the crew were speaking English and he was corrected, Federation Standard came along a little later I guess. We has some great emoting from Bones and it's always cool to see Scotty in charge, in fact the minimalist bridge scenes worked very well and Uhura actually got some solid screen time.
The Universal Translator got some fleshing out and while the basis of a universal constant isn't exactly backup throughout Star Trek and the franchise overall I was quite prepared to let is pass. I really like the almost rabid response by Cochrane when he learnt he was the "plaything" of an alien entity, he suited the mood of the US at that time and his embrace once ignorance was put aside was an important message. Alas Nancy going on about how he could turn his back on being loved and the Companion needing the man took some of the shine off the message but overall it was played very well and rates rather highly in my opinion.