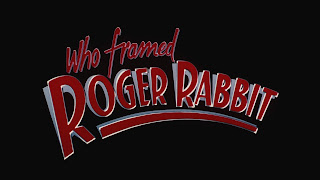 I picked up the 25th Anniversary edition of the movie on Blu-ray for a very reasonable
£11 from Amazon, it's a movie I've always liked but never owned before.
We'll start this mini-review with a brief synopsis of the movie in terms of both the
story and the production.
The movie presents a world where humans and cartoons live side by side but only
in and around Los Angeles which is where Toon Town is located, the cartoons
are drawn from many sources something which would be pretty much impossible to
do these day with the way the rights and IP are obsessively protected these days.
In this tale a well known nightclub owner and ACME aficionado who is believed
to have been having an affair with the wife of Roger Rabbit, Roger goes on the run
and ends up teaming with the human PI who took the original incriminating photos
of the illicit "patty cake" affair. 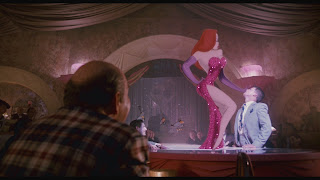 Hilarity ensues as Roger and Eddie try to learn the truth both in LA and Toontown
while dodging the Judge and his weasel minions and sometimes good sometimes
bad interference from Jessica Rabbitt.
Production wise this is a Robert Zemeckis movie which combines live action and
traditionally animated footage seamlessly interwoven at least to the extent the
technology and art allowed for in the pre-CGI days.
The result is a very pleasing and funny movie which is a technical achievement
and a lot of credits goes to the director and actors for really setting the gold standard
for working opposite pretty much nothing. 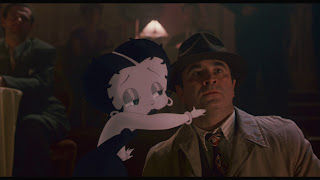 We have a top notch cast with Bob Hoskins being an unusual choice for a hard boiled
down on his luck PI, Christopher Lloyd wonderfully over the top as Judge Doom and
Joanna Cassidy played the love interest and never endingly patient Dolores.
One other notable face with Joel Silver the movie and tv producer who played Raoul
the director of the Roger and Herman feature at the beginning of the movie.
Charles Fleischer provided the voice for Roger and dressed in a bunny suit on set,
an inspired idea as he said himself he treated this job with the same commitment as
any other acting job.

Ok then the Blu-ray itself presents the remastered version of the movie and while it looks
as good as it probably ever will there is no getting away from the original source material
issues. The live action footage has a warmth and softness to it that is very appealing but
not exactly useful for a pin sharp HD demo and I tend to think the limitations of hand
drawn animation which had to be textured to a certain extent to create the real world
look at times suffered when watched in native HD. The soundtrack at least on my
limited setup plain old 5.1/DTS was good but nothing spectacular.
That said at the price you can't really go wrong, the movie is great fun, some decent extras
on the disk including a behind the scenes/making of and a commentary track. 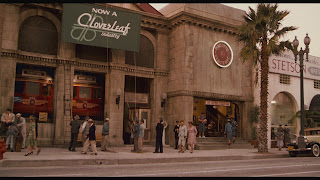