A Human Reaction
Moya finds a wormhole which offers a glimpse of the Earth on the other side,
John returns home leaving everyone behind but on return he is imprisoned due
to the paranoia the first wormhole had created.
A clever episode which is fundemantal in the series arc. 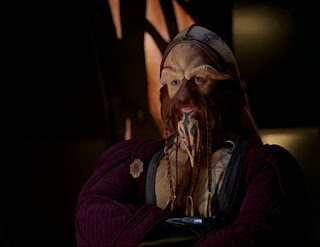 Through The Looking Glass
The crew consider leaving Moya due to her inability to Starburst and the danger
that brings when they are still being chased by Crais.
Pilot jumps the ship but in her weakened condition she hits some sort of rupture
and is locked in mid starburst and split into three separate entities and the crew
spread amongst them. This is one of my favourite episodes of the series,
wonderfully creative and looks fantastic. 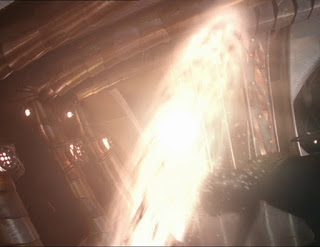 A Bugs Life
A Peacekeeper commando unit land on Moya and John and Aeryn play the role
of loyal soldiers with the rest of the crew pretending to prisoners. A terrible accent
from Crichton but an good tale as Rygel and Chiana are incapable of restraining
themselves for a few hours and as a result Aeryn is injured. 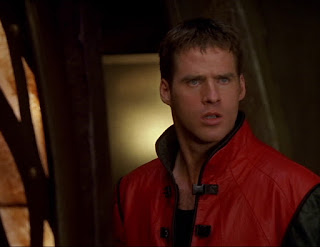 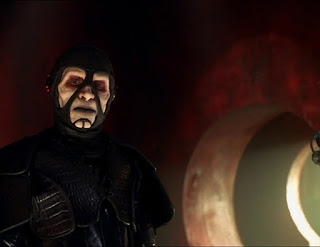 The Hidden Memory
Moya goes into labour while John remains under interrogation by Scorpius using
the Aurora chair, Crais arrives but finds himself under scrutiny and they get
caught up in the rescue attempt. 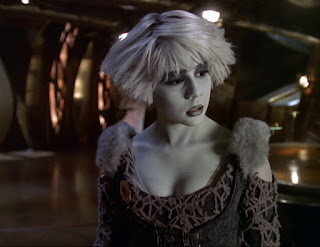 Extras
Commentary for A Human Reaction and Nerve both with Ben and Claudia.