Till The Blood Runs Clear
Doign some wormhole reasearch in his modified ship John lands on a planet and
meets Furlow an mechanic with an interest in his ship.
The crew also learn that a bounty has been placed on their heads by Crais and
bounty hunters are hot on their trail. 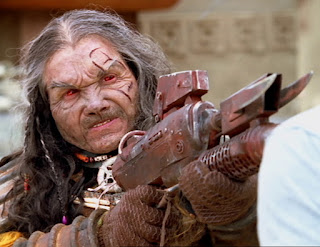 Rhapsody In Blue
The discovery of a Delvian colony offers a future for Zhaan who can teach these
people the gifts that resulted in her imprisonment. This isn't my favourite episode but
the costuming and makeup are exceptional. 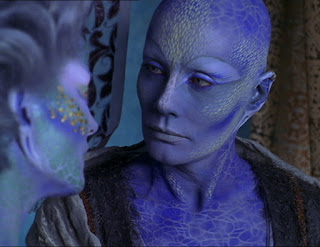 The Flax
Trapped in an invisible web the transport shuttle with John and Aeryn struggles to
free itself meanwhile D'Argo goes on a treasure hunt with a bit of a scoundrel.
One of the funniest episodes with lots of misunderstandings and also John and
Aeryn gettign a little closer. 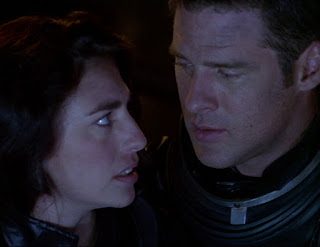 Jeremiah Crichton
John throws a temper tantrum and whilst joyriding Moya has to Starburst away to
protect herself, months later they find John as a sort of  cast away living with some
native people in relative peace.
An episode which gets stung rather badly by cast and crew in it's commentary. 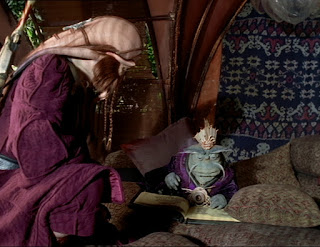 Durka Returns
Moya meets a Nebari ship whose crew practice mind manipulation and control,
they were responsible for the destruction of the Zelbinion and they bring aboard
the prisoner "Chiana" played by Gigi Edgley and Durka the peacekeeper commander.
The episode marks the debut of Gigi playing the irrepressable Chiana, a wonderful
character. 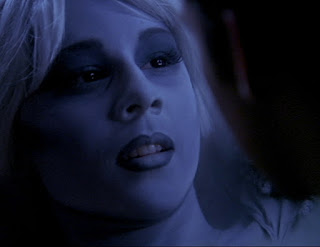